RSS
← The Fight is Fixed!
10 Steps to Setting Your Life on Goals Street! →

All the Single Ladies!!! 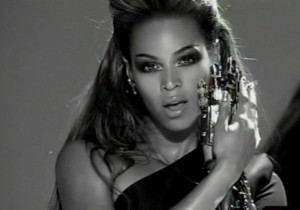 Good morning!!  Now that the long memorial day weekend is over and you’re recovering from that Cookout Coma…I wanted to write today about an issue that keeps coming up.  Several months ago, I did a Love, Sex, Relationships series and one of the issues that was a hot button topic, was Christian singles and dating….  So in the words of Beyonce…all the single ladies listen up…  Although Beyonce made a smash hit…there’s more to relationships than putting a ring on it if you like it!  🙂

Dating is not a recreational sport, it’s a BIG DEAL and you are way more valuable than you could imagine.  There is no such thing as the perfect guy, but you should consider the following warning signs and probably should not date him if…

#1 – He Uses The Phrase, “The Ball Is Now In Your Court!” – This usually means that he is tired of pursuing you…and so he is going to abdicate his role as the man and actually wants you to pursue him!  DON’T DO IT!!  You are worth the pursuit and if you wind up pursuing him now then he is, most likely, not going to pursue you after you get married. (And GREAT marriages always include pursuit…by the man!)

#3 – You Have To Tell Him To “Stop” Because He Is Making You Uncomfortable! – He should NEVER put you in that position.  He is not struggling for purity if he isn’t fighting for it!

#4 – The Closer You Get To The Wedding The More Uninterested In You He Seems! – If he is slacking off in his efforts to make you feel special today…it’s not going to get better after the ceremony tomorrow!

#5 – You Only Know Him Through An Online Relationship – Anyone can be anyone online!  You have no idea who that person really is until you have spent an extended amount of time with then.  How do they handle anger?  Hurt?  Disappointment?  DO NOT allow yourself to be swept away by a guy you don’t really know!!!  and if you meet them online….be sure to be slow offline…Learn the person!

#6 – You Have To Talk Yourself Into Being With Him (enough said!)

#7 – You Have To Drag Him To Church (enough said!) Spirituality is a huge factor if you’re not spiritually compatible…again…enough said!

#8 – He Lies To You – Trust is HUGE…and, ONCE AGAIN please understand that it won’t “get better” when you get married!!!  If he does not love and respect you to tell you to truth about him now…then you can’t trust him, period.  And a relationship that is not built on trust will crash!  My wife always says, “When someone lies, they take away their choices and decisions.”

These are just a few warning signs….comment and share this with your other friends who are dating.  What are some other warnings signs you should look for?  I want to hear you!

Posted by Derrick Phillips on May 29, 2012 in Relationships

← The Fight is Fixed!
10 Steps to Setting Your Life on Goals Street! →

5 responses to “All the Single Ladies!!!”